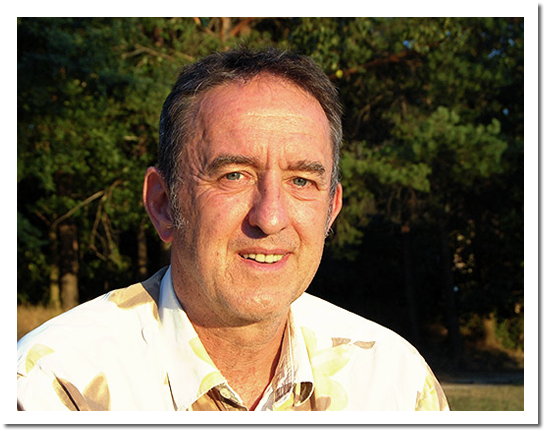 Personal strengths in my work:

I was born (1959) and grew up in Berlin, Germany. After high school examinations, I needed time to discover my life path. I cancelled my plans to study education and instead took off for a 14 month long trip to Asia and Australia. It was there that I discovered my desire to work therapeutically with my hands. Upon returning to Germany, I trained as a massage therapist and began employment at a psychiatric clinic. This work led me to the discovery that massage was far more than relaxing muscles, I was able to touch and heal the person at deeper levels of wholeness. During the 13 years I worked at this clinic, I continued to advance my professional practice through trainings in Biodynamic massage and Concentrative Movement Therapy.

In 1986 I found a new direction in my practice. Jin Shin Do Acupressure, a particular form of muscular release, fascinated me and impressed me as an effective healing modality. This began an ongoing process of professional and personal development. In 1994 I obtained the JSD teaching license. Since 1995 I have been practicing as a licensed psychotherapist in Germany.

I began a private practice in 1992 and 1999 I devoted all my professional time to seeing clients as a self-employed practitioner.

I gained professional training according to the standards of the International Institute for Bioenergetic Analysis (IIBA) at the Northgerman Institute for Bioenergetic Analysis (NIBA) from 1994-1999. Subsequent to my training, I spent 11 years in professional supervision and ongoing education under the leadership of psychologist Dorothea Habbinga. I have to thank her for my differenciated diagnostic skills regarding early childhood trauma.

Without losing my identity as Bioenergetic Analyst I like to see beyond my own nose and learn from other bodypsychotherapeutic methods. In my opinion Bioenergetic Analysis doesn’t provide enough effective tools for working with structural disorders. In searching for additional approaches I found Will Davis’ (Functional Analysis, Instroke) theory and practise very helpful. Likewise I benefit from the knowledge of Merete Holm Brandbjerg (Relational Trauma Therapy). Her way to work with “low energy states” enables deeper insight in treating early developmental trauma.